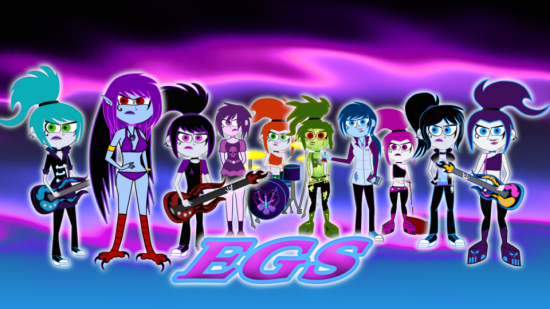 Welcome to the Squad.

EGS stands for “Ember’s Ghost Squad”; an eternal army in the afterlife.

Founded in the 1980s, “EGS” is one of the most cherished squads in the afterlife. Short for “Ember’s Ghost Squad”, Ember McLain founded the organization not long after perishing in a house fire. By 1985, EGS had acquired 1,752 recruits. “Recruiter Ghosts” are the primary gatherers of souls for the EGS. During recruiting, all souls are fair game. Although the squad’s traits vary extremely, recruiters generally search for lost cause souls; typically people battling depression or have become outcasts in their daily environment. Lost causes who finally earn their chance to be who they truly are make the EGS one of the strongest squads in the afterlife. There are occasions where recruiters physically reach out to those amongst the living; offering a way out of their torment and misery. In these circumstances, deaths are cleverly executed as to not make society aware of the spiritual forces overshadowing the Earth. There are rare circumstances where the EGS will intentionally take the lives of individuals whose traits fit perfectly into their system. The appearance of an EGS recruiter is masked by shadows on the face and skin. Only the eyes and clothing are visible, surrounded by darkness and their own unique hue. There are hundreds of recruiters in the EGS. For one to achieve this authority status, one must pass a series of complicated spell tests. Only the best of the best are promoted. When recruited by EGS, your features may vary based on your life’s interests, scars, and emotional traits. The book, “So, You’re No Longer Living; the EGS Guide to the Afterlife” is distributed to new recruits.

All "EGS" members are female souls (spiritually); there are no male souls in the ghost squad.

Every ghost squad recruit wears a bracelet on their left wrist. While it seems normal at a glance, the inside consists of detailed history. They are worn as identification credentials consisting of the recruit's number [identification number], date of birth and death, personal traits, and more. It's extremely rare to see a recruit without a bracelet on. An intricate tracking system is installed inside of it to locate other members, whether they be in the ghost realm, Earth, or other dimensions not known to the human race (also home to other eternal squads).

The bracelets aren't just a fashion accessory; they're small, durable, smart, intricate devices. In lieu of a bracelet some recruits opt for a more fashionable accessory, such as bracelets with spikes on the exterior, or simply wristbands. Most recruits sport them on their left wrist as suggested in the postmortem book, "So You're No Longer Living: The EGS Guide to the Afterlife". 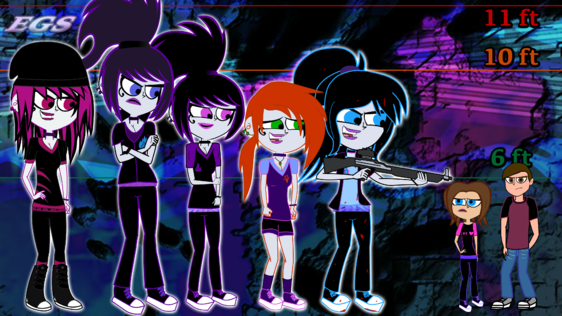 It goes without saying that ghost squad recruits are very tall. Every recruited soul ranges anywhere from a minimum of 8 1/2 ft, to a maximum of 11 ft tall. The abnormal height is disguised when visiting Earth to prevent mass panic and questioning. Recruits are trained to reduce their size in opposing dimensions in order to blend into the environment. As for why ghost squad recruits are large in size, it's all to better the odds in combat situations and the inevitable future eternal war; bigger is always better. Froggy is considered one of the shortest known recruits at 9 ft 0 inches, whereas Andrew Blaze, Rachael Shadows, and Harmony Ingram soar into the 10 ft category.